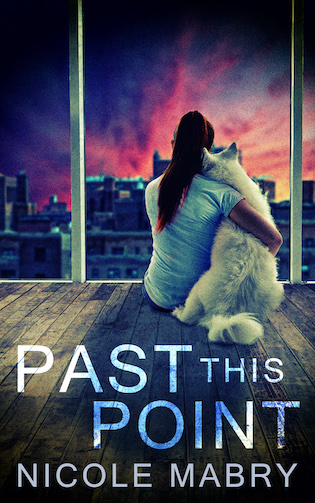 Karis Hylen has been through the New York City dating wringer. After years of failed relationships, she abandons her social life and whittles her days down to work and spending time with her dog, Zeke. Her self-imposed exile ends up saving her life when an untreatable virus sweeps the east coast, killing millions.

Alone in her apartment building, Karis survives with only Zeke, phone calls to her mom, and conversations with two young girls living across the courtyard. With the city in a state of martial law, violence and the smell of rotting corpses surround her every day. But her biggest enemy is her own mind. As cabin fever sets in, vivid hallucinations make her question her sanity.

In addition to her dwindling food and water stash, Karis must now struggle to keep her mind in check. When a mysterious man enters the scene, she hopes she can convince him to help her make it to the quarantine border. With the world crumbling around her, Karis discovers her inner strength but may find that she needs people after all.

I started at Kirk’s apartment since it was across the hall from mine. In spite of the proximity of our apartments, I rarely saw Kirk. He was a quiet man who usually just nodded to me and only became garrulous when talking about renovations to his apartment. I pulled the collar of my sweatshirt up over my face and knocked softly. After a few seconds, I knocked again, louder. I pressed my ear to the door, but all I heard was a vehicle racing down our street.

I walked down one flight and knocked on the door of apartment four, which was directly beneath mine. I often speculated about the resident, middle-aged Tom, who had an impressive handlebar mustache, and his mysterious movements. I only saw him once every other month or so, and a few times, he had been with younger women. He always wore a suit, so I imagined he was a traveling salesman. But I also thought he could be married and using the small apartment as his love nest. I knocked and listened. No answer. I wondered if he was away on a sales trip and had managed to avoid the whole debacle.

I walked the few feet to apartment five, where a gay couple lived. Out of everyone, I’d chatted with Terrence and Eric the most over the years, but I hadn’t seen either of them in at least a month because they had a condo in Florida where they spent most of the winter months. I knocked four separate times, waiting for an answer and hoping I wasn’t completely alone. But my knocks went unanswered.

I ran down to the second floor and knocked at apartment two, where a single woman named Barb lived. When there was no answer, I put my ear against the door. The low sounds of a TV resonated through the door. Barb coughed, and I jumped back quickly, my back hitting the door of apartment three. My heart was beating as quickly as a bird caged in my chest. I closed my eyes and breathed deeply. Turning around, I knocked loudly on Kelly’s door, not expecting an answer. After my expectations proved correct, I went down to the solitary first-floor apartment, which belonged to Mr. Tablock. He was over eighty years old and had lived in the building for forty years. I’d seen his live-in Haitian nurse, Regine, in the hallway from time to time, taking out the trash. I used to ask her how he was doing, but her response was always the same: “He’s getting old, but he’s got spunk.” I stopped asking and just said hello. I pounded on the door, praying Regine and Mr. Tablock were still there and not sick. But all was quiet. Besides infected Barb, I was alone. 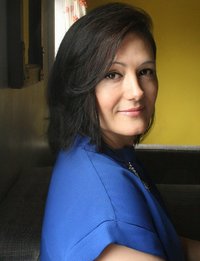 Nicole Mabry spends her days at NBCUniversal as the Senior Manager of Photography Post Production. Her nights are reserved for writing novels. At the age of seven, she read The Boxcar Children, sparking a passion for reading and writing early on. Nicole grew up in the Bay Area in Northern California and went to college at UCLA for Art History. During a vacation, she fell in love with New York City and has lived in Queens for the past sixteen years. On weekends you can find her with a camera in hand and her dog, Jackson, by her side. Nicole is an animal lover and horror movie junkie.